Salt: a Christian symbol for making a difference

Consider how much time you have available, select which of the ‘interesting facts’ below should be included in this act of collective worship (but do use no.10), then work out how to make them visual (see suggestions in italics). The images from the Wieliczka (pronounced ‘wee-litz-ka’) salt mine could be projected on screen (see below).

Show a salt shaker, and pour out some salt. Do you like the taste of salt? It’s an everyday chemical, but very important for life. It’s been useful for thousands of years; for Christians it also means something else really special.

1 You can dissolve salt in water, then boil the water away and get the salt back. Sea salt is made when sea water is left to evaporate in the sun, leaving salt crystals to be collected. Salt can also be mined underground. Workers either dig up great rocks of salt or pump boiling water into the rocks, then vacuum up the salty water and process it.
You could (safely) set up a method for boiling a small amount of concentrated salty water, using a candle and small aluminium-foil tray. Check your science resources.

2 Salt makes ice easier to melt, by reducing its freezing point. That’s really useful for gritting icy roads and pavements.
Place some salt on top of an ice cube, and later check to see what has happened.

3 Salt keeps fish and meat from rotting. Long before the invention of fridges and freezers, salt has been used as a food preservative, to give it a longer shelf life.

5 Our bodies need salt to control the amount of fluid we have inside. Sick children suffering from dehydration and diarrhoea are given a solution of salt and sugar to help get everything back in balance. Salty water is also good for cleaning and treating skin burns and wounds (we call it ‘saline solution’). Show some saline solution from a first aid kit.

The ancient Romans knew how valuable salt could be, and sometimes paid their soldiers with salt. In Latin this allowance was called salarium, which is where the word ‘salary’ comes from.

6 Too much salt can be bad for you, which is why we don’t have it on the tables for school lunches. Most of us eat far too much salt, because it’s already mixed inside lots of processed food. (It makes cheaper food taste better.) So when you’re shopping for food, check the labels for salt or sodium chloride content, if you don’t want to have too much of it. Show some packets and labels.

7 Salt makes things float more easily. Did you know that that can help you to swim? Some seas have more salt in them than others! For example, the Dead Sea is 33% salt.

You could stage a demonstration of different levels of salty solution in three different containers, showing how the same object, such as a boiled egg, will float or sink to the bottom depending on the water’s salinity.

8 Salt can heat an oven if you mix it with cowpats. In the Middle East, where Jesus grew up, there’s not much wood to use to make a fire, so some people still cook by placing cowpats on top of an earth brick mixed with natural salt. The salt and the cowpat together create a chemical reaction that generates enough heat to power a clay oven. (Don’t try this at home!)

9 People can be very creative with salt. Near Krakow, Poland, there’s a massive underground salt mine that’s now a tourist attraction. Some miners carved one cave to make a massive church, with a table for Holy Communion (Mass), statues of Jesus and scenes from the Bible, and even crystal chandeliers - everything made from rock salt. 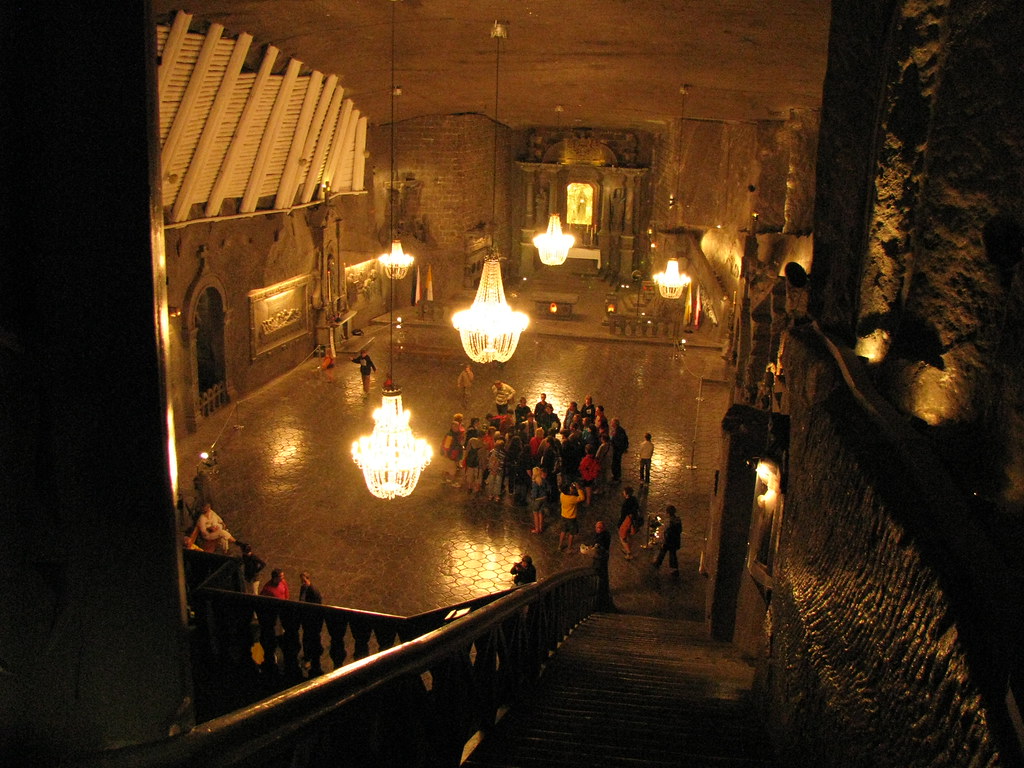 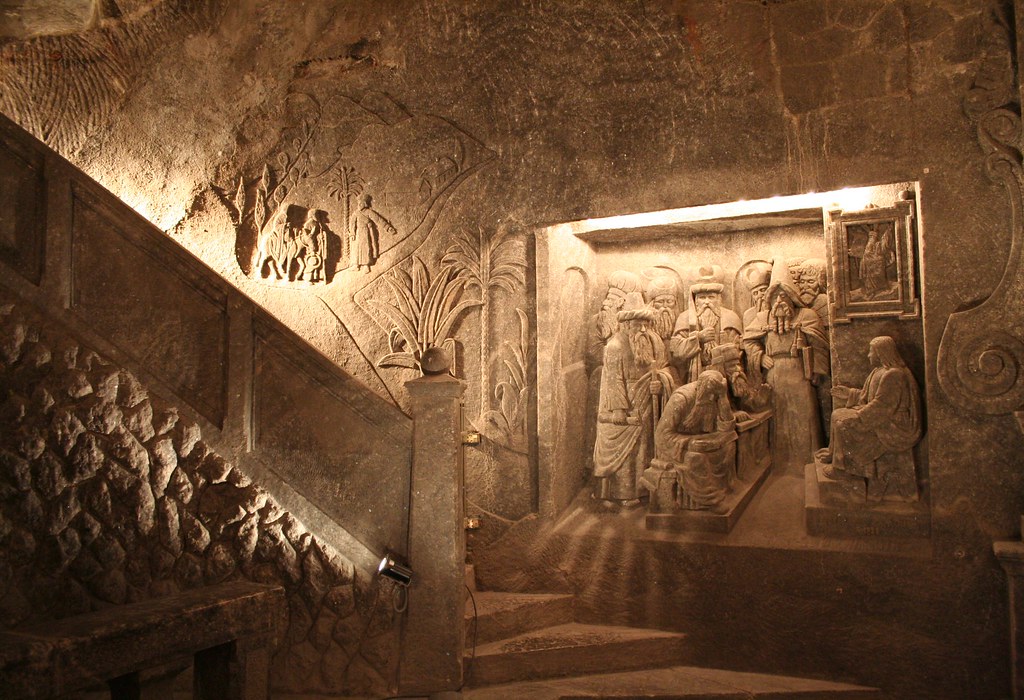 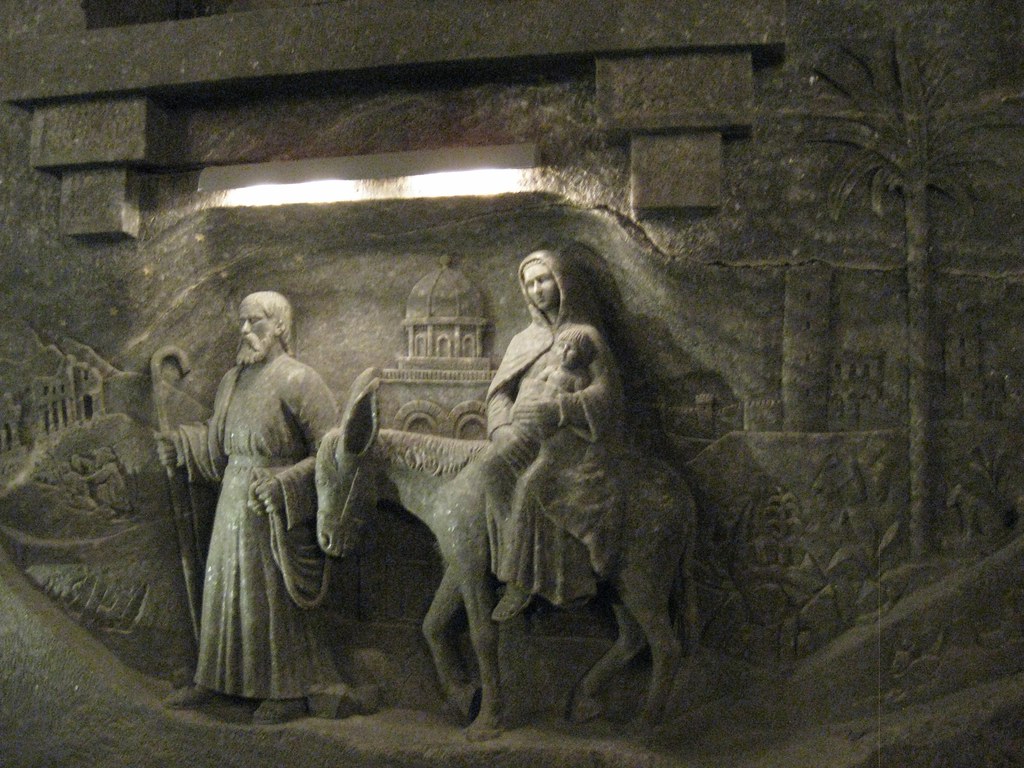 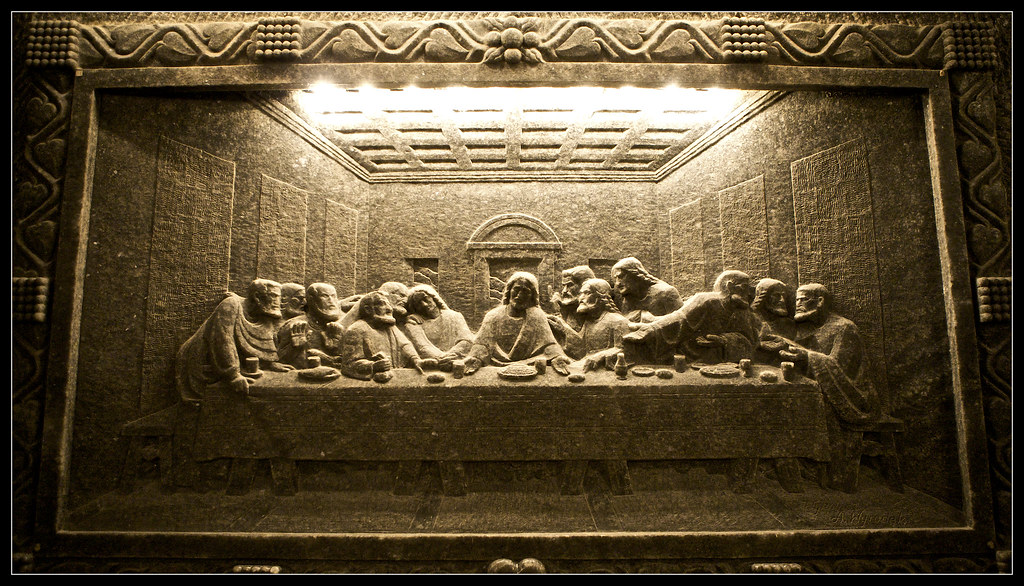 Being a Christian in communist Poland wasn’t easy then, but in their spare time the miners could do what they liked underground, and building their own church was their own private way of fighting back against the people who said they shouldn’t be going to church. Nowadays, people even go to the mine to get married!

10 Jesus told his followers to be like salt in the way they lived. He said:

Salt is good, but if the salt has lost its saltiness, how will you make it salty again? Have salt in yourselves, and be at peace with one another. (Mark 9:50)

Let your speech always be gracious, seasoned with salt, so that you may know how you ought to answer each person. (Colossians 4:6)

What did they mean? It’s because the people of that time used salt for preserving food, for making food taste better, for cooking and for medicine. But the salt was often mixed in with other substances. When the salt was used up, what you were left with was useless.

Jesus was telling his friends to make a difference in the places where they lived, to be like the salt. Make life better for others. Preserve the good things. Celebrate them. Make good things happen. And help those people who are lost and broken. ‘You are the salt of the earth,' he said, so make a difference; be the change.

And Paul was talking about the way we talk: ‘Let your speech always be gracious, seasoned with salt'. That is, use your words to be kind to one another. Make your conversation sparkle like salt crystals!

Let’s now be quiet. I wonder how today you and I could be like salt, both in what we do and in what we say?

Father God, we were each put here on earth to make a difference. Today, this week, help me, and help us all, to be the salt of the earth. In Jesus' name. Amen

The Wieliczka salt mine in Krakow, Poland, is also a Roman Catholic pilgrimage site. For more information and images, see www.wieliczka-saltmine.com.

The mine is not far from the site of the infamous Autchwitz-Birkenau concentration camp of World War II and the factory where Oskar Schindler saved the lives of so many Jewish people (as depicted in the film Schindler’s List). Neither of these are appropriate material for primary school lessons or acts of collective worship, but as adults it’s worth reflecting how one man’s deliberate actions became powerful life-affirming ‘salt’ for the people he rescued.

KS2Collective Worship, Classroom ReflectionVideo
An idea for collective worship, exploring the values of compassion and creativity through the life and work of the scientist Michael Faraday.

Taking responsibility for others: Kathy Germain and the food bank

KS2RECross-curricular links
How can we show our compassion to others in need?

What's inside me? Using a Bible story to explore personal feelings

Exploring Values with the Bible - Forgiveness

Whole schoolClassroom Reflection
This is a series of thoughts linked to the value of forgiveness. Each value can be used as the theme for collective worship, the focus for classroom reflection and the subject matter for main hall or quiet corner displays.

Exploring Values with the Bible - Understanding

Whole schoolClassroom Reflection
This is a series of thoughts linked to the value of understanding. Each value can be used as the theme for collective worship, the focus for classroom reflection and the subject matter for main hall or quiet corner displays.

Exploring Values with the Bible - Respect

Whole schoolClassroom Reflection
This is a series of thoughts linked to the value of respect. Each value can be used as the theme for collective worship, the focus for classroom reflection and the subject matter for main hall or quiet corner displays.